After U.S. corporations got a big tax cut in December, a flurry of announcements touting bonuses and pay raises for hourly employees raised hopes that the cash windfall would keep flowing down to American workers.

But the sharing of wealth hasn’t been as generous as hoped.

The early payouts, such as one-time awards of $1,000 given to certain workers at AT&T, Comcast and Walmart, and $2,500 in stock awards for Apple employees, were praised by the Trump administration and Republican members of Congress. They trumpeted the awards as examples of how the $1.5 trillion tax cut would result in bigger paychecks for middle-class employees.

But the number of companies letting workers know they are getting a bonus, raise or other form of financial compensation has slowed to a trickle. Most of the extra cash from tax savings is going into the pockets of stock shareholders through dividend increases and companies buying back their own stock in hopes of boosting its price.

A Bank of America Merrill Lynch analysis found that fewer than 45 of the 500 big companies that make up the broad Standard & Poor’s 500 stock index have paid out cash bonuses to their workers in the four months since the new tax law took effect. By the bank's count, about 150 — or roughly a third — of S&P 500 companies have publicly announced their tax-cut spending plans, citing data through March 27.

And while “investment in employees” was a “common theme,” according to BofA, just 30% of those 150 companies paid one-time bonuses. Nearly 25% increased wages. One in five boosted 401(k) and other compensation benefits. And 13% added to perks like paid parental leave.

The money not shared with workers in the form of more pay has been deployed, or will be deployed, in a variety of ways, according to BofA’s analysis:

The amount of money benefiting shareholders has been sizable.

In the first three months of 2018, for example, investors received $109.2 billion in dividends, up more than 8% from the $100.9 billion received in the same period a year earlier, according to S&P Dow Jones Indices. In fact, the S&P 500's quarterly dividend payments set a new record.

Similarly, J.P. Morgan estimates that U.S. companies could buy back as much as $800 billion of their own stock this year, up from $527 billion last year. The sharp rise in share repurchases, according to the bank, is due in large part to the benefits from tax cuts.

And it is the massive spending on dividends and share buybacks that critics pounce on, as this use of cash benefits the wealthy and company shareholders, rather than middle-class workers. A sizable 84% of all stocks owned by Americans are held by the wealthiest 10% of households, according to recent research by New York University economics professor Edward Wolff.

"Old habits run deep," says Chris Rupkey, chief financial economist at MUGF, a financial services firm with offices in New York. "I would be surprised if much of the corporate tax cut money ends up in workers' pockets."

The reason? Companies, Rupkey says, are reluctant to increase their permanent wage costs. He also argues that "everyone has a boss," and that companies are "managing up" by paying out their increased after-tax profits to stockholders. 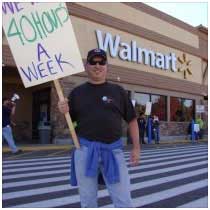 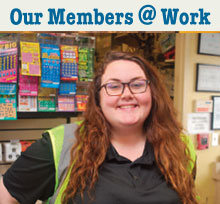