JAN 27, 2019 -- Thousands of federal employees protested at the Hart Senate Office Building in Washington, D.C., this week, holding aloft empty plates during 33 minutes of silence—one minute for each day of the government shutdown. Some plates carried the message, “Will work for pay.”

Unions representing the 800,000 federal workers who were either locked out or forced to work without pay organized the demonstration. It was supported by the federation of labor unions, the AFL-CIO, and many other unions including the Teamsters, Unite Here and Service Employees International Union (SEIU).

Since the day in December that President Trump shut down the government, the unions representing government workers, including the American Federation of Government Employees, the National Federation of Federal Employees and the Professional Aviation Safety Specialists, supported their members by organizing public protests across the country, establishing food banks, and filing lawsuits to reopen government.

These are the organizations — unions — that reactionary far-right groups have spent the last seven months urging workers to quit. “Get out now that you can,” the right-wingers calling themselves right-to-work patrons told public sector employees in YouTube videos, Facebook ads, tweets, telephone calls and door-to-door solicitations. They spent millions trying to kill the unions that are now buttressing federal workers. So where were those right-to-work groups during the shutdown? Where was that National Right to Work (RTW) Foundation when hundreds of thousands of federal workers were locked out of their jobs and really wanted the right to work—with pay?

Nobody’s heard a peep from them.

That’s because they’re all bogus. They’re not about a right to work. They’re about destroying unions, and the higher wages and better benefits that collective bargaining gets for workers. They’re not going to help federal workers get back on the job. They’re interested only in ensuring that the millionaires and billionaires that bankroll RTW keep more money in their pockets while workers get less.

Here is the bottom line, right from the U.S. Department of Labor earlier this month. The typical union member earns $191 more a week than a non-union worker. That’s money the union worker can spend on decent housing, a reliable car, a new golf club or trip to the spa. That spending gins up the economy, creating jobs for other workers. It pulls more workers into the middle class. 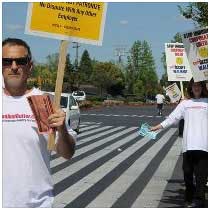 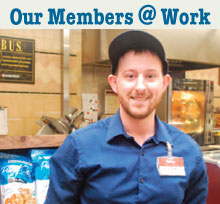