How the government shutdown could hurt retail

How the government shutdown could hurt retail

By Daphne Howland, Jan. 11, 2019 -- Furloughed workers, veterans and others dependent on federal services are the real victims of the shutdown. But it's not doing anyone any favors.

If the government shutdown doesn't end on Friday, it will be the longest in U.S. history. The more it drags on, the more damage it will do, according to experts.

At the moment, furloughed workers and their families, along with veterans and others depending on federal services, are the real victims of an ongoing stalemate between the Trump Administration and Congress over funding a wall at the U.S.-Mexico border, that at the moment seems intractable. On Thursday, protests erupted in front of AFL-CIO headquarters, not far from the White House.

"Notably, 800K federal employees have been furloughed," UBS Analyst Michael Lasser wrote in comments emailed to Retail Dive. "This doesn't include the impact from private businesses & contractors levered to the government. As such, there will likely be a drag on consumption should the shutdown persist in the upcoming weeks or months. Further, the shutdown could impact the timing of government disbursements. Thus, many retailers could be impacted."

In addition to the government employees either not working or working without pay, there are many others who work for subcontractors that are losing business. Many of them are being forced to dip into savings or take out loans and are likely to be spending less.

That means that businesses in areas with a lot of these workers may also start to suffer. Some, including cab companies, gas stations, car repair shops and national parks, restaurants and retailers, already are, according to experts, social media reports and media reports.

"It surely can't be good. There are 800,000 people who are not receiving their paychecks," Lawrence White, an economics professor at New York University's Stern School of Business, told Retail Dive in an interview. "And three quarters of them — I think that's the fraction — are in the D.C. area and there are pockets outside of D.C., so those are the retailers feeling it. There are all kinds of cascading ramifications to this thing — none of them look good. None of them are happy outcomes for anybody."

The fact that the shutdown is lingering is part of the problem, according to Courtney Rickert McCaffrey, manager of thought leadership in strategy and management consulting firm A.T. Kearney's Global Business Policy Council. "The psychological and real economic impact of 800,000 federal employees not receiving their paychecks will begin to filter throughout the economy," she told Retail Dive in an email. "Many households are likely already cutting down on spending, and the longer the shutdown goes on, the more such frugality will spread. That will affect businesses that usually serve these workers, including restaurants and retail stores."

In previous shutdowns, the IRS was prohibited from sending out tax refunds, but this week the agency said refunds would go out, although some taxpayers may find it difficult to get their returns completed.

That could undermine a major source of spending, considering that many Americans use their returns to fund major purchases like appliances. A refund delay in 2016 sent some retail sales into a tailspin — even sneaker sales suffered "the single worst decline I've seen in 19 years" as a result, Matt Powell, NPD Group vice president and senior industry advisor, told Retail Dive in an email. "Footlocker called this out on their Q1 conference call. A few years ago, checks were also delayed and business was negatively affected." 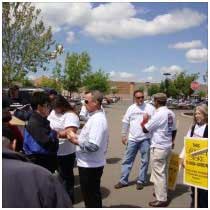 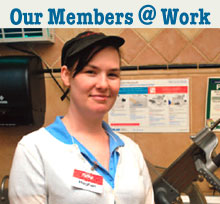