ROSEVILLE, CALIF. (April 27, 2020) — Following a complex collective bargaining environment, during one of the most challenging periods in the history of the retail industry, members of UFCW 8-Golden State voted overwhelmingly to ratify new agreements with the Raley’s, Bel Air and Nob Hill supermarket chains.

“Our members appreciate the value and security this contract provides, which would not be possible without the continued solidarity with their Union,” UFCW 8-Golden State President Loveall said after the ratification votes were counted.

The three-year agreements include significant wage increases, funding for improved health care benefits with no premiums paid by active employees for their own health care — a rarity in today’s supermarket industry.

The new contracts also provide for establishment of primary health care clinics throughout the Union’s jurisdiction with enhanced medical services for members at no cost.

“With this feature, the companies have recognized the progress we’ve made in progressive health care plan design and our tireless work re-inventing health care delivery,” President Loveall said. Other highlights of the contracts include:

“The additional pay, expanded sick leave benefits and other measures UFCW 8-Golden State negotiated to address the COVID-19 pandemic recognize the extraordinary contributions retail workers are making while supporting our communities in these times of crisis,” President Loveall said.

“Our members are heroes on the front lines. They are strong and stand united. Together we prove our Union’s motto: Solidarity Works!” President Loveall said.

UFCW 8-Golden State represents tens of thousands of members in supermarkets, drug stores, food processing plants, wineries, distilleries, cannabis facilities, medical offices and other workplaces from the Oregon border in the north to Los Angeles county in the south. 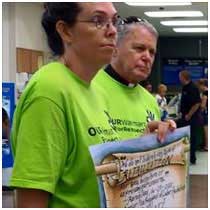 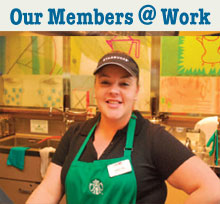